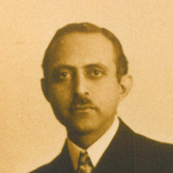 ‘Abbas Mirza Farmanfarma'iyan Salar Lashkar, the second son of Fatimah Khanum ‘Izzat al-Dawlah and ‘Abd al-Husayn Mirza Farmanfarma, was born in 1890. He married Zahra Sultan Nizam Mafi (‘Izzat al-Dawlah) in April or May of 1911; and their children are: Huma, Taj al-Muluk, ‘Izzat al-Muluk, Mihri Dukht, Bahram Mirza, and Bahman Mirza. ‘Abbas Mirza died of cancer in May of 1935 in Berlin and was buried there.