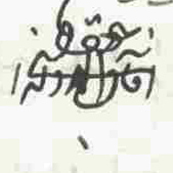 Tajmah Khanum wrote this book, composed of three parts. The first part consists of nearly 120 verses. The first poem is a sonnet written by the poet when she was 16 and the last one was written to praise Riza Shah. The second part is more than 20 letters and notes, which are mostly administrative and legal. Other letters were addressed to women who where contemporaries of Tajmah Khanum. The third part of this book is a selection of poems by Persian poets from Rudaki to the Qajar period.