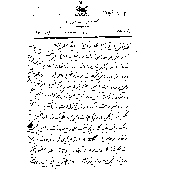 Letter on the letterhead of the Prime Minister reporting the murder of the U.S Vice Consul in Iran, Major Imbrie. According to the report, after the news of a miracle at the Saqqa Khanah on Shaykh Hadi avenue arrived and people start gathering in front of the Saqqa Khanah, Major Imbrie, along with another American friend, went to the scene and started photographing the crowd. Some people who were offended by the fact that their women were being photographed attacked him. He was injured and was taken to the police hospital and, despite the attempts of European and Iranian doctors, died after two to three hours. The government has taken the necessary steps to find and arrest those responsible.